Let's Just Be Weird Together

Approximately a month ago was Morgan and I's 10 year wedding anniversary. To commemorate that, and as a surprise gift, I made the above ascii art and animation.

Actually, it's not just an animation, it's a program, and one you can run. As a side note, I originally thought I'd write up how I made it, but I kept procrastinating on that and it lead me to putting off writing this post for about a month. Oh well, all I'll say for now is that it lead to a major rewrite of one of the main components of Spritely. But that's something to speak of for another time, I suppose.

Back to the imagery! Morgan was surprised to see the animation, and yet the image itself wasn't a surprise. That's because the design is actually built off of one we collaborated on together: 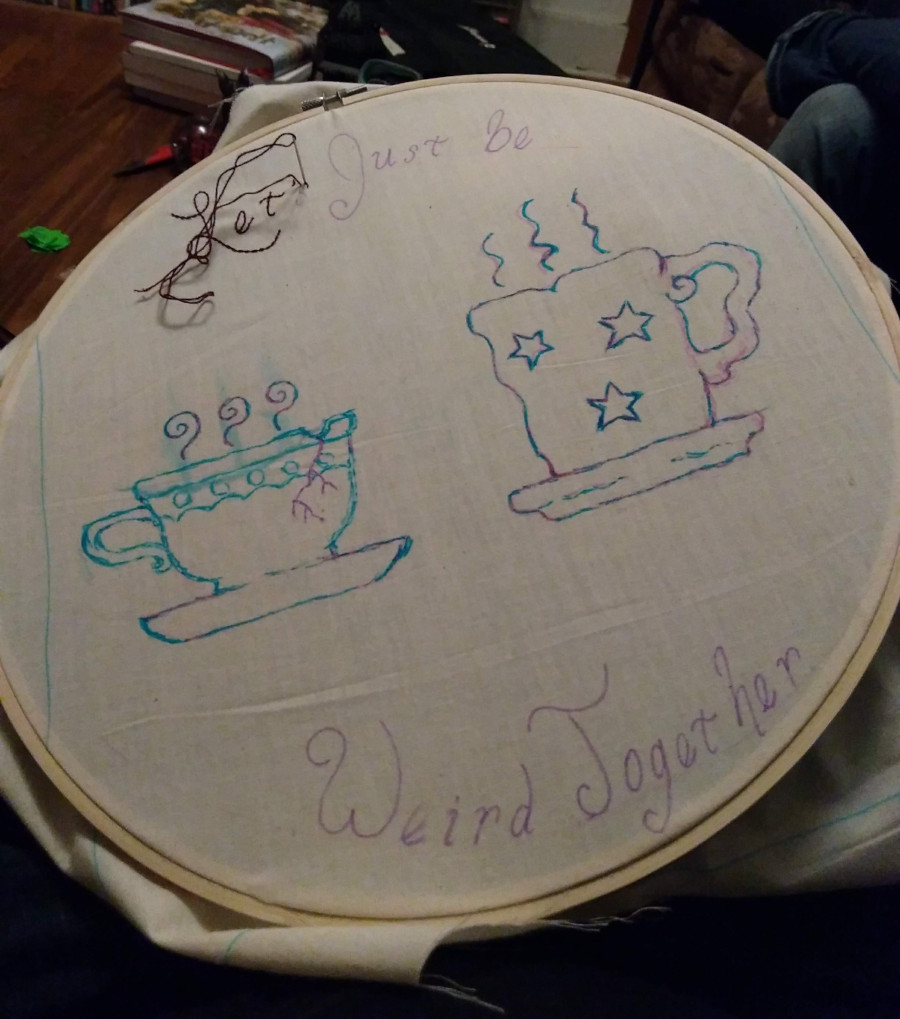 I did the sketch for it and Morgan embroidered it. The plan is to put this above the tea station we set up in the reading area of our house.

The imagery and phrasing captures the philosophy of Morgan and I's relationship. We're both weird and deeply imperfect people, maybe even in some ways broken. But that's okay. We don't expect each other to change or become something else... we just try to become the best weird pairing we can together. I think that strategy has worked out for us.

Thanks for all the happy times so far, Morgan. I look forward to many weird years ahead.