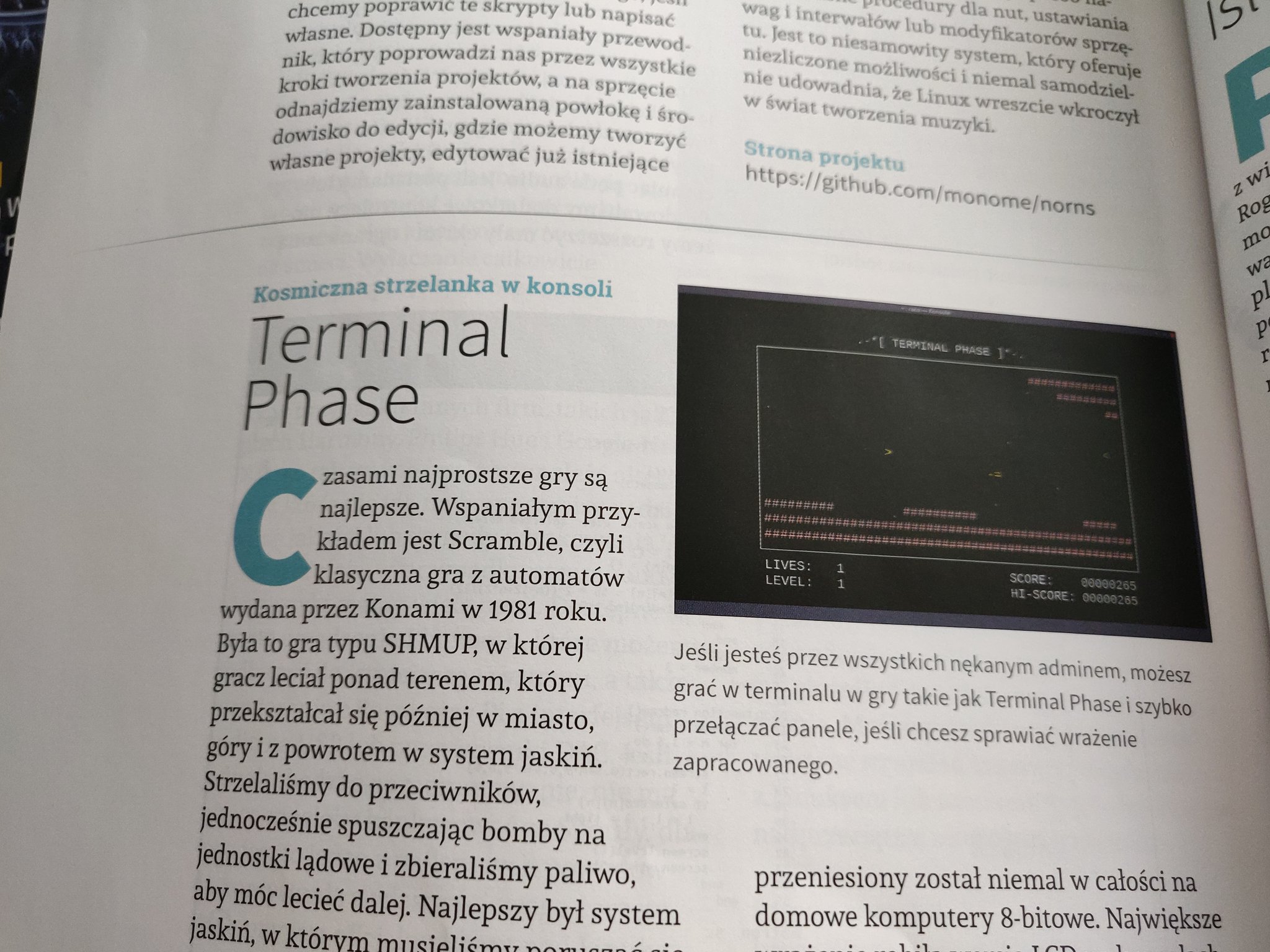 Hey look at that! My terminal-space-shooter-game Terminal Phase made an appearance in the Polish version of Linux Magazine. I had no idea, but Michal Majchrzak both tipped me off to it and took the pictures. (Thank you!)

I don't know Polish but I can see some references to Konami and SHMUP (shoot-em-up game). The screenshot they have isn't the one I published, so I guess the author got it running too... I hope they had fun!

Apparently it appeared in the June 2020 edition: 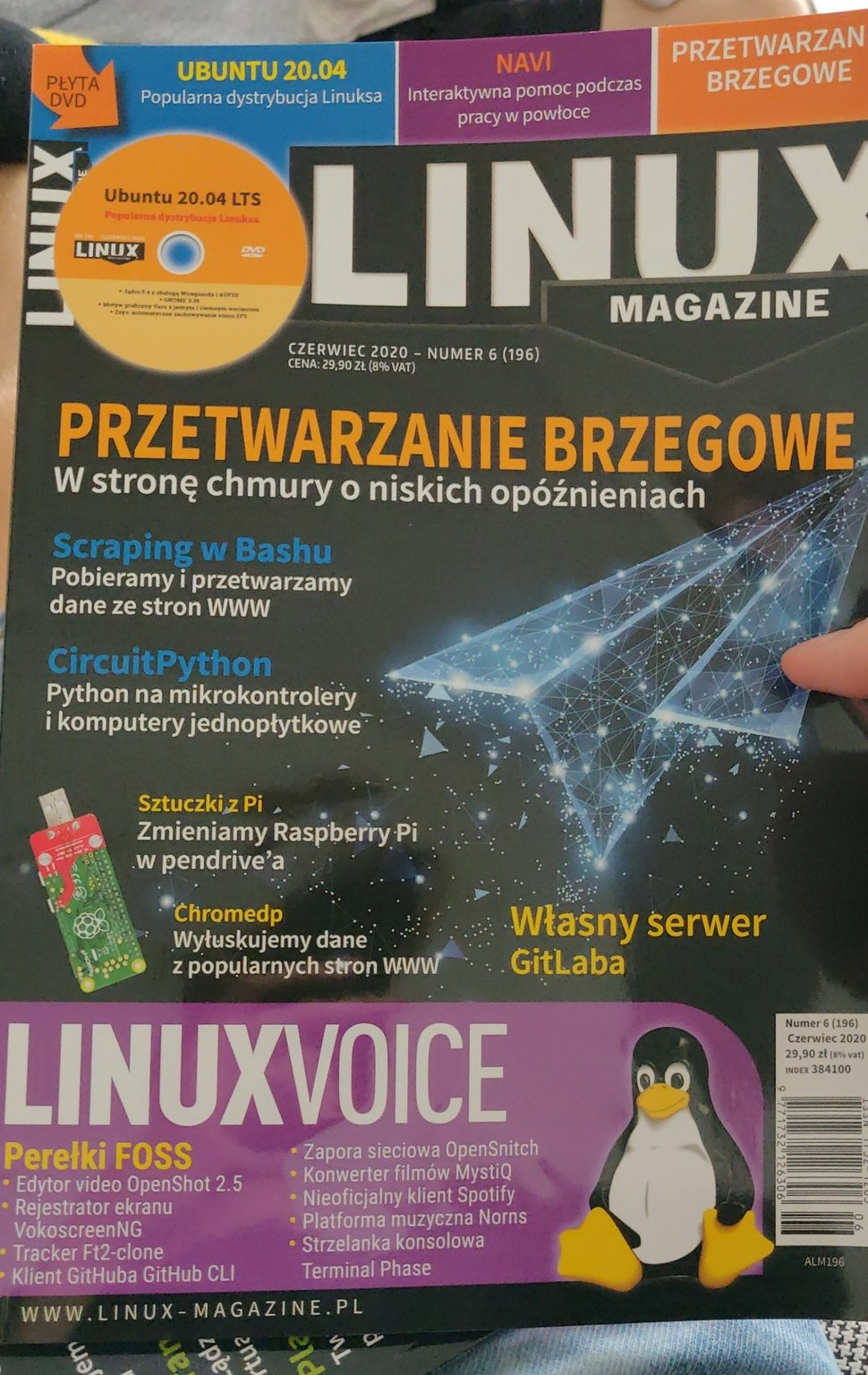 I guess because print media coverage is smaller, it feels cooler to get covered these days in it in some way?

I wonder if I can find a copy somewhere!